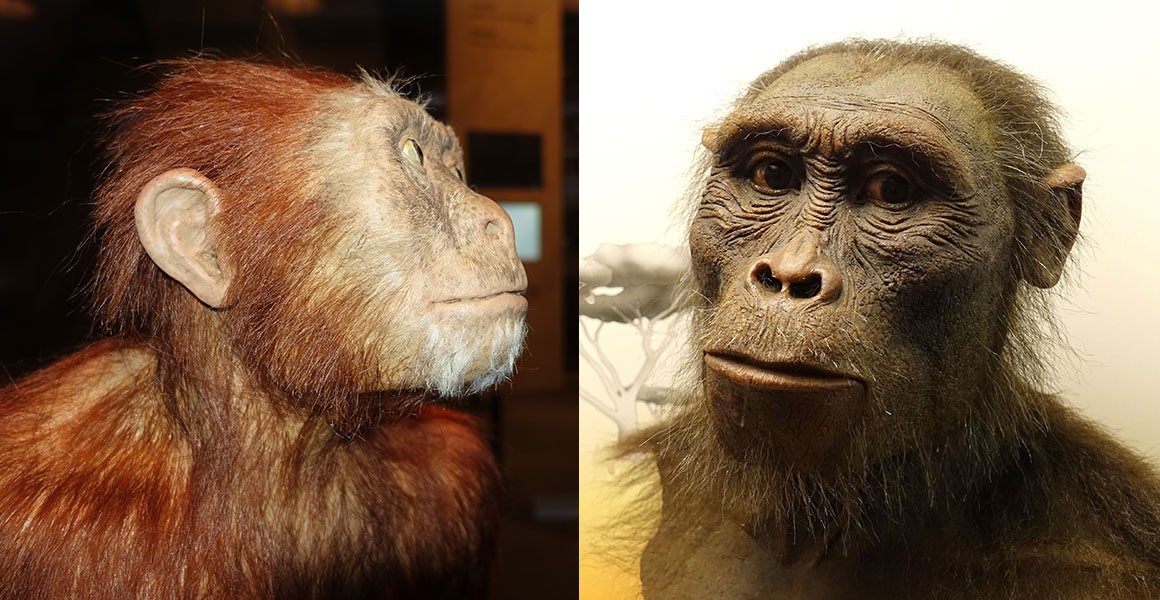 The discovery of KNM-WT 17000 (the “Black Skull”) occurred in 1986 and is an important part of the australopithecine puzzle. Very little is known about Australopithecus aethiopicus, since so few specimens have been attributed to the species, but the features that are known provide important insights into the possible evolutionary history between the “robust” and “gracile” australopithecines. In general, aethiopicus shows a mixture of both primitive and derived features, and dates to a time that makes it important in its placement into the hominid phylogenetic tree.

The first specimen attributed to this species group is an edentulous mandible (Omo 18) found in southern Ethiopia, west of the Omo River, in 1967. The specimen was discovered by a French expedition led by Camille Arambourg and Yves Coppens. This 2.5 million-year-old mandible was placed into a new species by its discoverers, who named the species Paraustralopithecus aethiopicus. They believed that the specimen deserved a new species designation because its V-shaped jaw (among other features) distinguished it from the robust australopithecus forms known in the area. Generally, the discovery and designation were ignored by the majority of paleoanthropologists.

Not until the Black Skull discovery was there much interest in the specimen, but once KNM-WT 17000 was discovered in, interest was renewed in the Omo mandible. The genus name was dropped in favour of the more traditional Australopithecus designation, but Arambourg and Coppens’ species designation of aethiopicus was taken as the species name. This species designation is still debated by many who see the remains of early robustus or an early precursor and those who see aethiopicus as proof that africanus is not the forerunner of all the “robusts”.

The better-known aethiopicus specimen is KNM-WT 17000, a nearly complete skull sans the mandible. The specimen is known as the “Black Skull” because mineral uptake during fossilization gave the specimen a blue-black color. The specimen was discovered in a 2.5 myr deposit west of Lake Turkana, and threw a wrench in many evolutionary schemes accepted by many researchers. The specimen is similar to a male A. afarensis, but with a very small cranial capacity (410 cc), and an even more powerful nuchal musculature and very developed masticatory apparatus.

The well-developed masticatory features are seen by:

The skull does not retain any teeth, but the size of the roots and the palate indicate that the anterior and postcanine teeth were very large. Other specimens attributed to aethiopicus show thickened molar enamel (similar to afarensis). The combination of a very small brain and enlarged masticatory apparatus leads to the development of a well-developed sagittal crest that meets the nuchal crest to form a compound temporonuchal crest similar to A. afarensis at the rear of the vault.

Other features that resemble A. afarensis include:

Other remains were attributed to aethiopicus following KNM-WT 17000, including Omo 338y-6. The is the 2.39 myr remains of a 10-year-old juvenile vault that lacks the frontal bone and the face. This juvenile specimen shows the early formation of a powerful masticatory system.

Features that indicate this include:

The earliest known aethiopicus material is probably the 2.7 myr L55s-33 mandible fragment from level C6 in the Omo deposits, north of Lake Turkana. L55s-33 is the front portion of a mandible that retains most of a worn P4 crown. This specimen was generally not attributed to a species until the Black Skull finds, since the diagnostic tooth was too small to be A. boisei (83% the size of the smallest known boisei tooth), but did not fit into any other species well. G.

Suwa, who has specialized in the analysis of australopithecine premolars, reported that the premolar was unusually thick-enamelled and had the squared-off shape of the hyper-robust species. He was unable to attribute the premolar to a species and placed it in an unspecified robust australopithecine other than boisei. It now seems that he was right and the material belongs to A. aethiopicus.

Australopithecus aethiopicus became important in phylogenetic considerations soon after the discovery of the Black Skull. The species is generally accepted to have shown that the genus designation Paranthropus is polyphyletic and invalid, though some still vocally argue against that fact. One of the earliest important cladistic analysis was by Walker and Leakey (1988), which they claim shows aethiopicus is at the base of the boisei lineage, is more primitive than robustus, and that aethiopicus is not ancestral to robustus.

However, Strait et al. say that this phylogeny requires 39 extra steps above the most parsimonious tree, and most cladists do not favour this phylogeny. Skelton and McHenry (1992) and Lieberman et al. (1996) both came to the same conclusions regarding aethiopicus and Paranthropus using different character traits. Both see aethiopicus as a dead-end sidebranch and Paranthropus as polyphyletic and invalid. On the other side of the coin, Strait et al. (1997) see all the robusts sharing a recent common ancestor (aethiopicus), with Paranthropus monophyletic.

This bibliography contains the sources of the information cited above, as well as any sources that could provide any other information on the subject. If you know of any other sources that are pertinent to A. aethiopicus, please e-mail me the citation in the format used below, and I will add it to the list. Any problems with the information I presented above can be sent to me here. I don’t want to provide disinformation, and any corrections are gladly accepted (with proper documentation of what is wrong and why, with sources). Thanks!