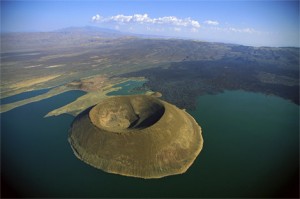 Lake Turkana is located in Kenya in the Great Rift Valley. It was known earlier as Lake Rudolf and it is the largest alkaline lake and the permanent desert lake in the world. The water of the lake is potable and supports a variety o life.

Before 2 to 3 million years, the lake had been larger and the area had been more fertile which made it a centre for the early hominins. Several anthropological digs had been carried out in the area by Richard Leakey which led to the discoveries of very important hominin remains.

In the year 1470, the Skull 1470 had been found which had been 2 million years old. The skull had been thought to be originally Homo habilis but the name Homo rudolfenis 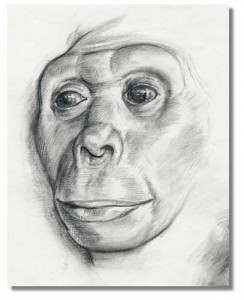 By far the most important remains to be found around Lake Turkana has been the Turkana Boy. It is the most complete human skeleton to be ever found in the world. The world is 1.5 million years and it is classified as either Homo ergaster or Homo erectus. It is believed that he must have been around 13 years in age when he died and the skeleton was discovered by Kamoya Kimeu in the year 1984 who was a member of the Richard Leakey team.

The pelvis shape of the skeleton found suggested that the specimen was that of a male. The death age of the Turkana Boy is still quite debated since different methods have been used, all giving different ages. Richard Leakey and Alan Walker estimated that the boy would have been around 11 to 12 years old according to the bone maturity. In all, there were 108 bones which made it the most complete skeleton to be ever found. The pelvis of the boy was narrower than of Homo Sapiens which indicated that he would have been more efficient in running to avoid predators or for hunting small game.

The people of the Turkana Boy might have done more hunting than the Homo habilis. The boy was considerably taller. The amount of body hair is also thought to have been thinner. According to P.E. Wheeler, body hair had been loss when the early humans shifted towards the savannah living.

In the equatorial Africa, the modern humans evolved the trait before a million years. However, the skeleton still had a few features which are not found in Homo Sapiens like no chin, strong brow ridges and sloping low forehead. The arms too had been slightly longer and the boy had a nose which was projecting rather than the flat open nose which is seen normally in apes.