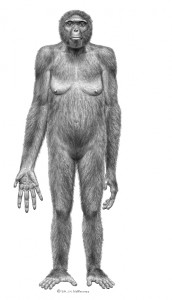 The species of Australopithecus afarensis is quite well-known, based on the number of samples and fossils of the species that have been found over the years. In the year 1978, the species had been named by T. White and D. Johanson.

The validity of this species had been hotly debated over and eventually, the species had been accepted by researchers as the new australopithecine species and maybe a candidate for the ancestor of human beings.

One of the most popular species of Australopithecus afarensis had been Lucy which was an old skeleton found in the year 1976 dating back to 3.2 million years ago. The skeleton had been found in Ethiopia in Hadar. Lucy had been one of the most complete skeletons to be ever found on the species and had been quite useful to researchers since it gave them a good insight on the physical attributes of the species as well as several other important details. 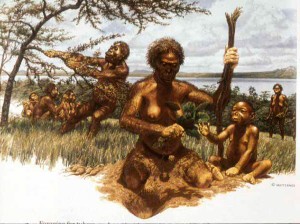 The alter afarensis is known mainly from the material which was found at Maka and Hadar. The AL 333 specimens along with the Laetoli footprints and several other specimens which are quite important are attributed to afarensis.

The sample at Hadar is quite extensive and it shows differences between the samples found at Laetoli. The species are also quite important since there is quite good evidence based on the examination of the afarensis material and the footprints from Laetoli.

It was found that the species had been human like and bipedal. However, this belief had not been shared by everyone. The information had caused quite a lot of stir among researchers. Quite a lot of researchers argued that even the ancestors of gorillas and chimpanzees were likely to be bipedal so it doesn’t really make much difference.

The habitat in which Australopithecus afarensis lived had apparently been a mixed woodland and savannah habitat. They had been living in the patchy savannah type lands in Africa. The species had been omnivorous and had been feeding on some meat, nuts, tubers and fruit. The Australopithecus were adapted to inhabiting on the edge of the forest and also on the savannah. However, the animals which were the ancestors of chimpanzees lived in the deeper forest.

They were accustomed to living in groups of around a dozen and the males probably remained in one group while the females moved around after becoming sexually mature. Their brains were around the size of the modern chimpanzees and hence they also had the same capabilities for tool using. They had canine teeth which were smaller in size when compared to the other apes and these were not used for fighting or for attacking.