In the 19th century, various remains had been found of the Cro-Magnon early humans in Dordogne region and the first of the cave paintings too had been found. The region has one of the largest concentrations of the prehistoric artefacts to be found anywhere in the world.

The cave paintings which are best known have been the ones at Lascaux. However, the ones which had been discovered later at Chauveet in Pyrenees are believed to be much older.

In Vezere Valley and Dordogne region, the story of the early man can be observed unfolding with various sites, caves and cliff dwellings. The Lascaux caves, of course, are the most well-known because of their beautiful paintings of the animals. The discovery of the Cro-Magnon man and the Neanderthal man in the region makes it one of the most important sites from the point of view of human evolution. 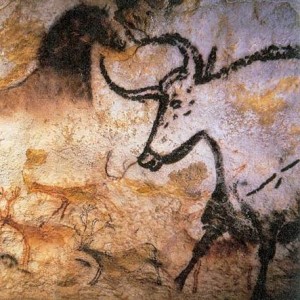 What is more interesting is the view that the caves had not been inhabited because of the amount of darkness in the caves. It is generally believe that there would have been a settlement close to the cave so that the front of the cave could be used for storage or shelter.

The cave had been discovered in the year 1940 by four teenagers- Simon Coencas, Georges Agnel, Jacques Marsal and Marcel Ravidat along with a dog named Robot. The cave had been opened to the general public in the year 1948 but by 1955, the amount of carbon dioxide that was produced by the almost 1200 visitors that visited the caves each day started visibly damaging the paintings. In 1963, the caves had been closed to the general public to preserve the paintings.

The paintings had been restored after they were closed and had been monitored daily. The rooms inside the cave complex include Chamber of Felines, Painted Gallery, Chamber of Engravings, Shaft of Dead Man, Lateral Passage and Great Hall of Bulls.

Lascaux II, which was a replica of two of the halls in the original caves had been opened to public in the year 1983, close to the original cave. The reproductions of the other cave paintings also can be seen at Le Thot in the Prehistoric Art centre in France.

There are more than 2000 figures in the cave which can be categorized in abstract signs, human figures and animals. The paintings do not contain any images of the landscape surrounding them or the vegetation. Most of the paintings are on the walls and have been done with the help of mineral pigments while some of them are incised in the stone.