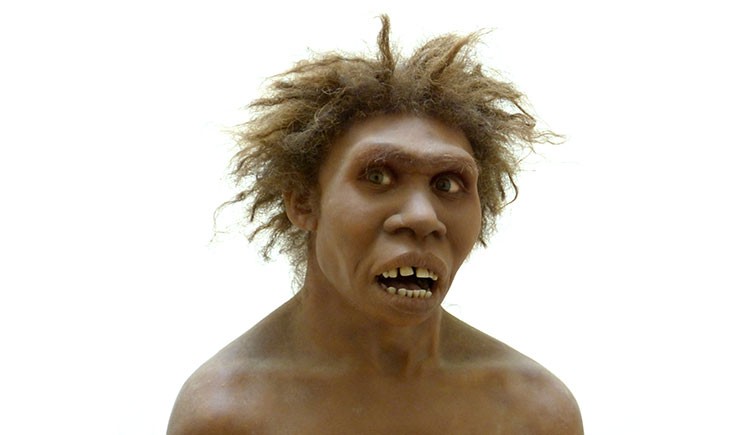 In 1907, at the Mauer sand pits in Germany, a nearly complete mandible was discovered by a quarry worker. This mandible (Mauer 1) validated Otto Schoetensack’s conviction that there would be Pleistocene human remains found in the quarry amid the more common rhino, bear, elephant, bison, deer, and horse remains.

Schoetensack published an extensive monograph on the mandible a year later in which he designated it to a new species of hominid, Homo heidelbergensis. Schoetensack named a new species without justifying it by describing the unique anatomical features of the species.

Along with this lack of morphological comparisons and differentiation from other known species, the lack of older specimens (and just about any specimen at all for a long period of time) kept heidelbergensis from becoming accepted among paleoanthropologists.

However, though Schoetensack did not justify his species designation, there are features that set Mauer 1 apart from Neanderthal and H. sapiens. The age of the specimen also creates a distinction, as it dates to approximately 500 kyr. With a wealth of newer discoveries in the last 30 years, the species designation if heidelbergensis has been revived.

The validity of heidlebergensis seems to be current among many researchers at this time, but it is by no means universally accepted. Many researchers argue that heidelbergensis is invalid, and is simply a chronospecies (though, that is exactly what some proponents argue for, among those who see anagenesis as a valid speciation event).

I will discuss erectus as those specimens occurring earlier and in Asia and Africa. My personal convictions are not contained in this partition of the specimens, as I am trying to give a current overview of popular opinion in the field while noting obvious fallacies in some species designation (as per antecessor).

Due to the fact that there have been so many different specimens attributed to the erectus offshoots, it is difficult to create a list of features that differentiate heidelbergensis from erectus or H. neanderthalensis. In general, heidelbergensis specimens show a continuation of evolutionary trends that occurred in the Lower Pleistocene into the Middle Pleistocene.

Along with changes in robusticity of cranial and dental features, there is a marked increase in brain size from erectus to heidelbergensis.

Some of the features of Middle Pleistocene Homo that shows these trends include:

The increase in brain size may have also come with an increase in brain complexity, although this is difficult to determine from endocasts, and may have to remain supposition only. However, the increase in absolute size and the change to larger frontal and parietal lobes indicate that there may have been a reorganization of the functional anatomy of the hominid brain.

The increase in size itself indicates changes in behaviour that lead to the ability to more easily acquire nutritional resources. This is due to the high nutrition requirements of brain tissue, especially during development. There is increasingly more convincing evidence in the use and control of fire, and in the hunting of animals for food. This time period is important for many reasons and maybe the time period when more modern behaviour began to develop.

The type specimen of heidelbergensis is Mauer 1. This specimen shows a host of both primitive and derived features that, in general, have been accepted as proof of ancestry to the Neanderthal line. The specimen was discovered in 1907 in the Mauer sand pits near Heidelberg, Germany. The exact age of the specimen is uncertain, but it dates at least as old as 400 kyr, and possibly as old as 700 kyr. However, a date of 500 kyr is generally accepted as most likely.

Some of the traits that distinguish this specimen include:

Another Middle Pleistocene hominid that may or may not be attributed to heidelbergensis is the Bodo cranium. Bodo was discovered in 1976 at Bodo d’Ar, Ethiopia, in the Middle Awash Valley. The specimen is important because of its age (600 kyr), and its suite of features. The cranium is extremely robust and sports the biggest face known among hominid specimens.

Acheulean tools were found near the site with the remains of hippos, baboons, and antelopes, indicating that Bodo may have been butchering animals for meat, and may have even hunted them. However, Bodo himself was also the victim of butchery, as seen by the distinctive cutmarks on several parts of the cranium. Bodo has also been at the centre of infighting among scientists, and, as such, has had relatively few publications describing it.

Some of the features that distinguish Bodo include:

The cave site of Arago, at Tautavel, France, in the eastern Pyrenees mountains has yielded the remains of many hominids, with the cranium Arago XXI the most complete. Due to its size and robust facial features, Arago XXI is generally considered a young male, though some consider it female.

The dating of the material is problematic, with a wide range of dates being claimed. Henry de Lumley considers the material to be approximately 400 kyr, though it is much more likely that the material dates 200 kyr to 300 kyr. Arago 21 is fairly complete, lacking only the temporal and occipital bones.

Some of its distinguishing features include:

The material from Petralona is very similar morphologically to the Arago material. The Petralona 1 cranium was discovered in 1960, hanging suspended from a stalagmite in a cave of Katsika Hill, in Petralona, Greece. The specimen has a very ambiguous morphology, which led to several different species attributions.

It was originally attributed to neanderthalensis, and was later classified as erectus, but it falls much closer to the morphology of the various heidelbergensis specimens, especially Arago XXI. The specimen was originally thought to be approximately 70 kyr, as young as many Neanderthal specimens, and later estimates put that number at closer 700 kyr.

However, ESR dating has given a date of between 247 kyr and 127 kyr, though some researchers estimate its likely date to be around 300-400 kyr due to its morphology.

Some of its features include:

There are many other specimens that can be (and have been) attributed to heidelbergensis, and they generally have all the same common traits that have been mentioned for the specific specimens discussed above. Material from Apidima, Kabwe, Steinheim, Atapuerca, etc. can be and have been designated as heidelbergensis, or erectus. In general, there is a decrease in robusticity, an increase in brain size, and a tendency towards more derived features of neanderthalensis or sapiens.

There is no real question as to whether or not heidelbergensis is a chronospecies, it is. The validity of it depends on whether one accepts anagenesis as a valid method of speciation. H. heidelbergensis specimens are generally Middle Pleistocene hominids in Europe or Africa (though some specimens from Asia such as Dali have been designated to heidelbergensis by a few individuals), with the major difference from erectus being spatial.

This bibliography contains the sources of the information cited above, as well as any sources that could provide any other information on the subject. If you know of any other sources that are pertinent to H. heidelbergensis, please e-mail me the citation in the format used below, and I will add it to the list.

Any problems with the information I presented above can be sent to me here. I don’t want to provide misinformation, and any corrections are gladly accepted (with proper documentation of what is wrong and why, with sources). Thanks!