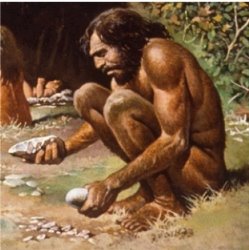 Cro Magnon had been the first modern humans in Europe. The earliest remains of Cro Magnon humans date back to 35,000 years and the first specimen had been found in Abri de Cro Magnon in France based on which the name had been given to the species.

These were the oldest known species of modern humans in Europe. Cro Magnon are linked to the cave paintings of Lascaux which are quite well-known. Also, the remains of the early humans had been discovered from several archaeological sites in western Europe and in other regions.

The first Cro Magnon had been discovered at Les Eyzies in France in rock shelters. The specimen found was believed to be dating back to 28,000 years. When compared to the Neanderthals, the skeletons showed a high forehead, slender and upright posture quite similar to the modern humans. 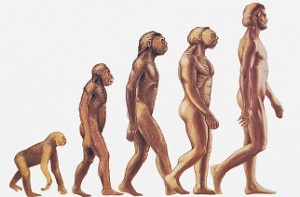 wonder if their dead had been buried intentionally which would then suggest that they would have good knowledge of rituals and would have buried the dead with tools and necklaces.

Anatomically, the Cro-Magnon had been modern. They were tall and straight limbed when compared to Neanderthals. Physically, the only difference from the modern humans was that they were taller, had a physique which was more robust and also had a larger cranial capacity. They had low and long skulls, wide face and a nose which was more prominent like the features of modern Europeans.

The Mitochondrial DNA analysis which was done on the early Europeans had placed them as a sister group of the Asian groups which dated the divergence before 50,000 years. The skin and the hair color of the Cro-Magnons is guessed to be light but it is believed to have evolved quite rapidly in European and Asian line which suggests that they had been lighter or tan. A small ivory bust had been found near Dolni Vestonice which dated back to 26,000 years which indicated that the Cro-Magnons had very straight hair.

The flint tools which had been associated with the Cro-Magnon remains associate them with Aurignacian culture which had been identified by Lartet some years ago when the first skeletons had been found. These differ from the early cultures because of their finely worked antler or bone points and the flint points which were made for hafting and cave paintings.

Like the Neanderthals, Cro-Magnons too were primarily hunters and had killed reindeer, horses, cave bears and mammoth. In Ukriane, in a village called Mezhirich, various huts were found which were built with mammoth bones.

The artefacts of the Cro-Magnons also suggest that they would have known weaving and apart from the huts made from mammoth bones, they constructed their shelter from animal fur or hide, branches, clay and rocks. Iron oxides and manganese had been used by them for painting pictures.